Making a cover for my shoe brace

Since I did have polio as a child, and since I do have to wear a leg brace on my left leg, I found that the device is not just a simple thing to have to deal with.  My shoes have to be built special to accommodate several things so that my gait is as natural as it can be.

Once I started wearing the brace, the biggest issues I had were:


I tried all kinds of things that were suggested to me: tall socks, leg wrappings, etc..and nothing seemed to work.  Then one day when I was complaining, I made the statement that what I really needed was a sock to cover the plastic, and Lang told me to sew something that would do what I had suggested.

So, I started thinking about what I needed, and the following is what I came up with.  It works really well.  The fleece absorbs any sweat and keeps my leg comfortable.

This is a finished piece. 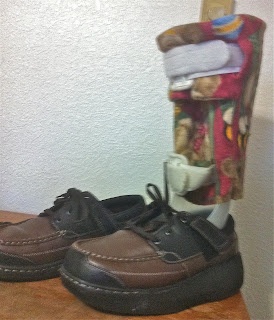 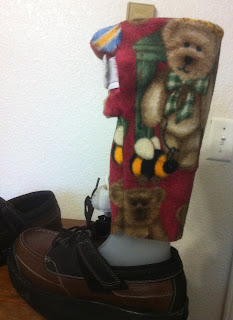 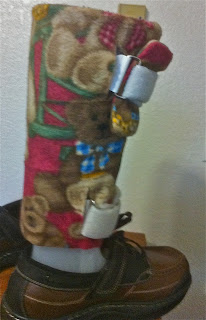 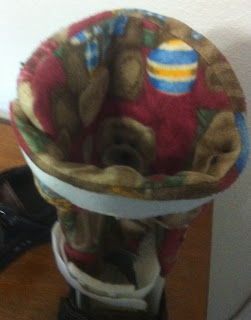 To make it, I did the following:

1.  I took strips of paper towels and taped then to the inside of the brace making sure that the paper towel was larger than the outside edges.

2.  I then took a felt pen and outlined the edges along the brace edges.

3.  I carefully pulled that out of the inside of the plastic brace and set it aside.

4.  I did mark all spots where I would have to cut holes to accommodate straps.

5.  I then did the same thing for the outside of the brace.

6.  The only concession I had to make was adding the length of fabric that would be a strap.

7.  When sewing front to back, I made sure the top and strap parts matched and then just sewed them together.  Since fleece doesn't fray, cutting holes for the straps is no big deal. 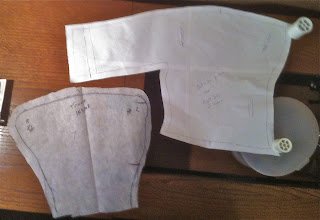 This was my first patterns.  What I realized right away is the inside piece (on the left) also needed to have the strap length and width added to it along the top and to its left.  I made a few practice pieces out of fleece that i had left over from a previous project.  Once I had perfected how to do it, I made myself several covers.  I prefer my bear one the best, but I also have a shaggy cookie monster blue one, a camoflage one, a lime green one, and one with baseball players on it playing ball.

It was delivered and put on bed ... and to think, Bill, a professional photographer ... took a crappy pic .. and I managed to put my finger in front of the lens on my IPhone.. hahaha 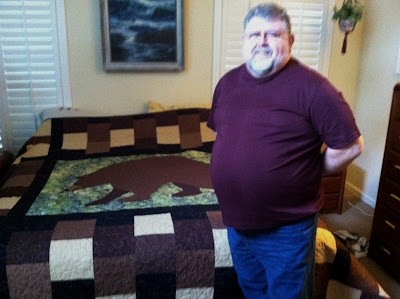 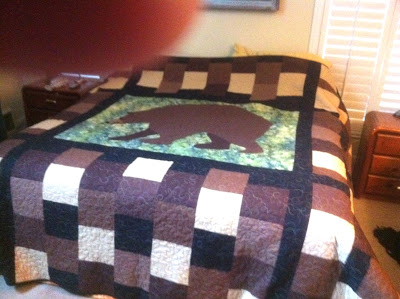 Well, we were going out to dinner with friends, I was at Kmart picking up some last minute things..and this idea came to mind and I had to go with it.

I decided to make a centerpiece for our table at the restaurant.  Didn't know how Lang or our friends, or the restaurant, would react, but said to heck with it, and did it anyway.

I carried it in all wrapped up in a paper bag, and once we were sat down, I pulled it out of the bag and put it on the table.  Everyone loved it. 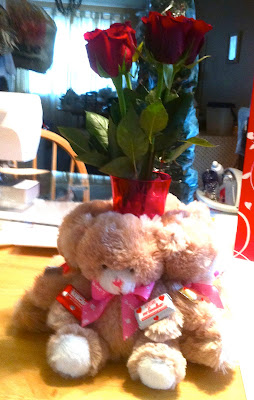 I wrapped rubber bands around the heads of each bear and then around the plastic vase.  I taped small candy bars on each arm of the bear.  I put glass beads in the vase for weight.  i wrapped a paper towel around each rose stem, put them in a plastic bag with a little water, taped them shut and put them in the vase.
When we parted for the evening, I gave each a bear and a rose to take home.
Posted by Bob at 10:17 AM No comments:

After lots of brain juice over the past few years...the Bear Quilt is done..  Now all I have to do is deliver it and see it on the bed..

Here are some shots...

Laid out on bed it will go on when complete.  I needed to see if the proportions would look right.. 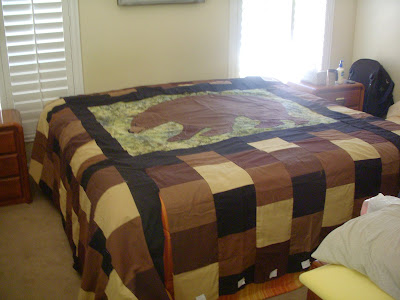 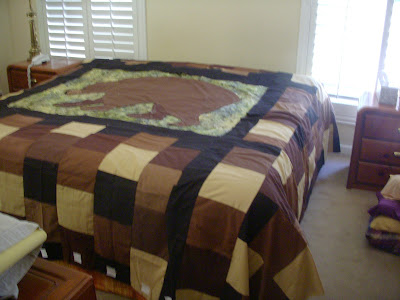 When the label goes on for history .. it's done .. 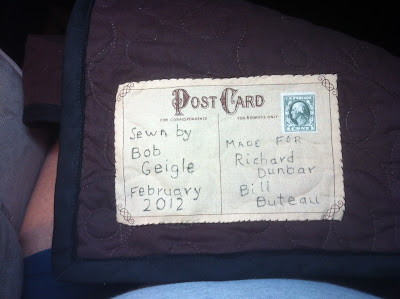 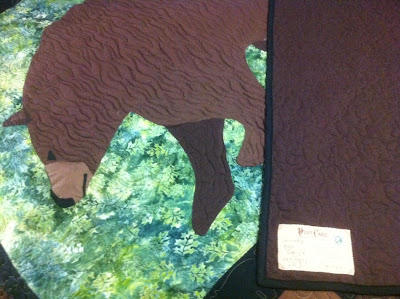 Doing so many things and trying to get them all done soon, so I can get some sanity back.

First off, I decided my hand sewing on the binding sucked.  So I ripped it all out and started over.  Finally got it all pinned and going to finish it up tomorrow..

And then, I had to make the wiener dog water bottle carrier.  So cute.  I am making two, one for each of my granddaughters, Tori and Livi,  Since they are for younger kids, I didn't think older sister Jaci would want one.  I will have to come up with something special for her.  Livi's is purple and Tori's will be Teal. 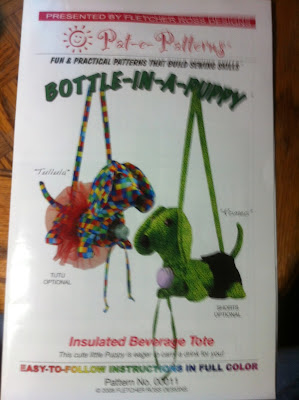 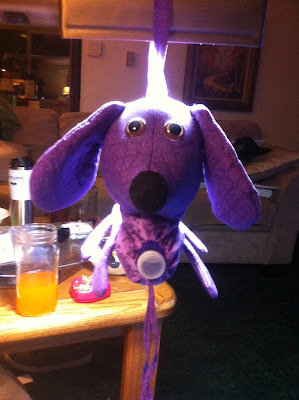 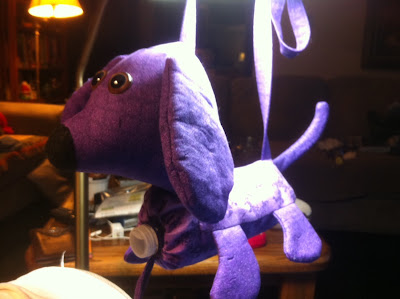 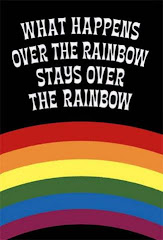 Bob
Marysville, WA, United States
Retired and doing what I threatened to do for twenty years. Retire and make quilts until I am sick of making them. ;-)